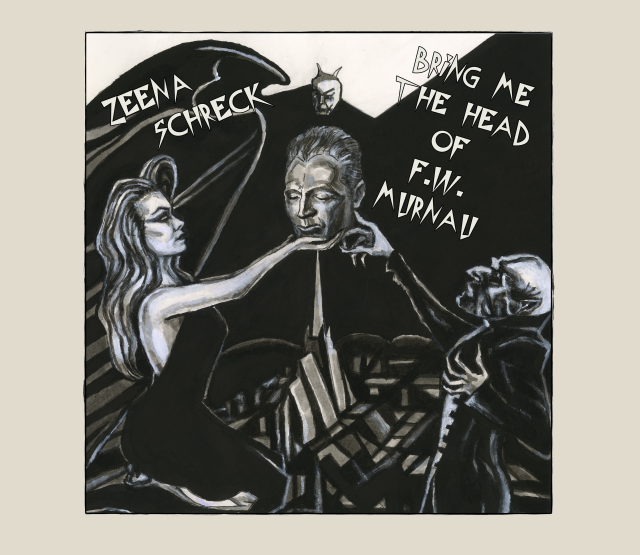 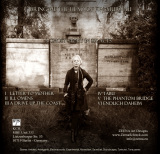 Bring Me The Head of F.W. Murnau - CD

'Bring Me The Head Of F.W. Murnau: A Ghost Story in Six Acts,' was inspired by news reports on July 15, 2015, that the director's head had been stolen from his grave:

"That day, as I learned of this odd occurrence, I hearkened back to my 1990 recording 'Bring Me The Head Of Geraldo Rivera,' under the auspices of my former band Radio Werewolf. The calling to create a similarly titled sequel seemed obvious." --Zeena Schreck

The tone poems in this recording are sonic necromancy, reflecting the transition from the end of Murnau's worldly life to what his disembodied consciousness may have experienced in the afterlife. Many of the intricate sounds heard in these tracks were captured in filed recordings at Murnau's former residence in Berlin and at his grave site in Stahnsdorf, Germany.

The presence of the cinematic Master is perceived most effectively when listening to the tracks altogether, in sequential order, preferably with eyes closed and/or lights out.

Pre-sales for limited signed and numbered edition of 89 (number of year's since Murnau's death) are available immediately.

A sample track can be listened to on the Zeena Scheck Bandcamp site at https://zeenaschreck.bandcamp.com/releases

Add to Cart
CREDITS AND DETAILS:

All music and vocals composed and performed by Zeena Schreck, with the exception of drums by Hisham A. Bharoocha on track 4, “Tabu”.

Format: Extended Play CD with digipak cover and four-color, four-page, side-pocket insert. A signed and numbered limited edition of 89 CDs (the number of years from FW Murnau's death to the CD release date) is offered, in addition to normal shrink-wrapped, non-signed open edition.

Photos of Zeena Schreck at F.W. Murnau's grave by Lance Anderson.
All other photos, graphic design and layout concept by Zeena Schreck.

Mixed and mastered in Berlin by Georg Kempa. Made in the Black Forest, Germany.